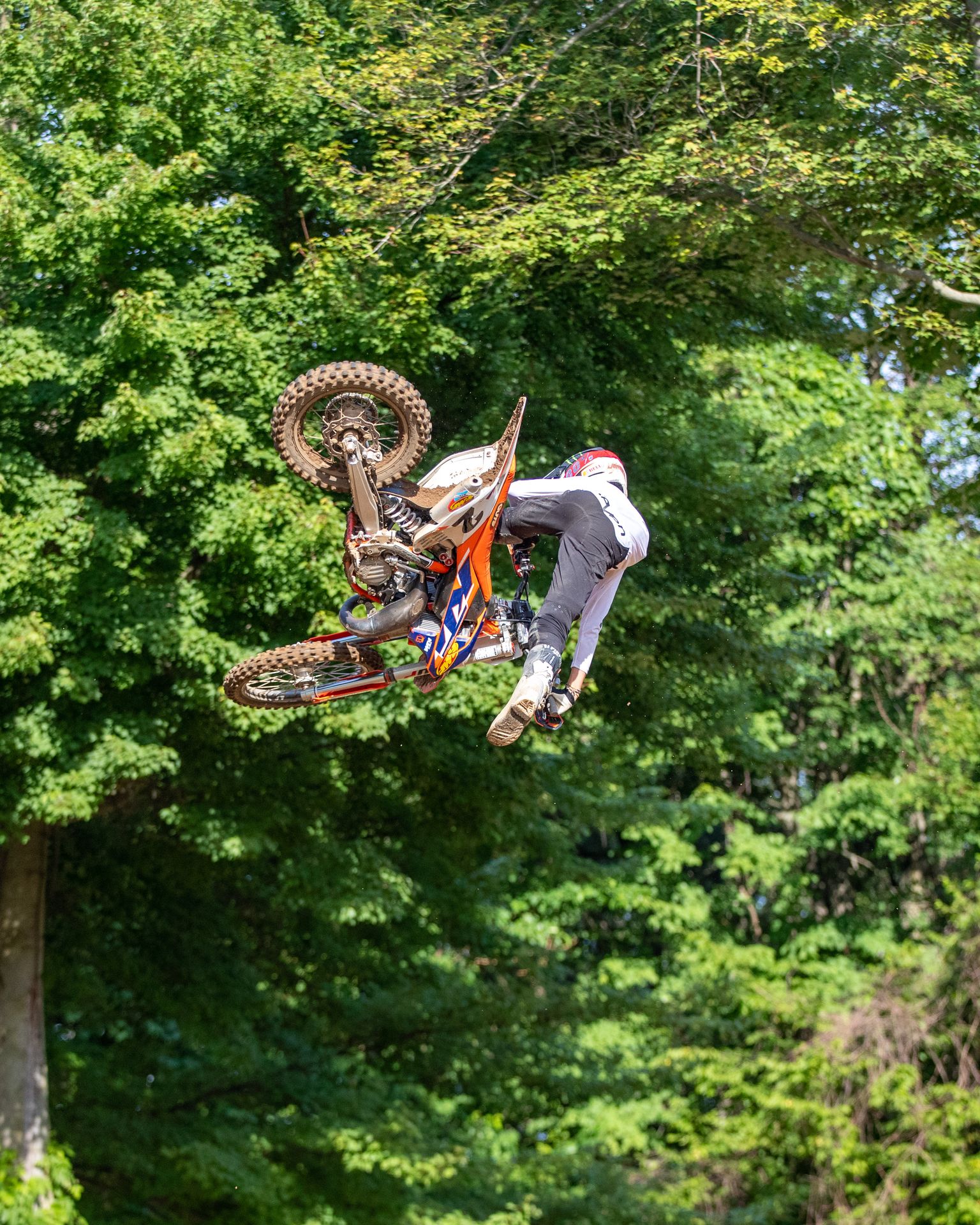 The Cream Always Rises To The Top

On the cusp of transitioning to big-bikes, Arizona’s Jeremy Fappani would set his sights on the 2022 Mammoth Motocross Championship and seek to obtain as many victories as possible before all was said and done.

For the first day of racing action, Fappani’s KTM would be synonymous with the front of the field; almost as if he were guaranteed victory, as those on the line shifted into gear.

In the opening endeavors of both classes, his number two would hardly collect and roost upon the number-plate; slinging the rear wheel through various berms as he decimated piles of loam with sharpened thread. In a continuous manner, he defended competition like Landen Gordon and Nathan Abbott; holding strong amongst pressure that cold be seen as unbearable.

Leading seemingly all ten-laps (for the likes of both Moto’s), Fappani would look forward to diving into the second sector hoping to attract the same sort of outcome. And it would occur, where his engine and chassis were linked with perfection as he hit all of his desired lines with precision. Once again, pushing the KTM to victory lane not once, but on two occasions, his overalls for both of the (Supermini 1 and Supermini 2) classes would lay the perfect foundation for what was to come on day two.

Fappani would again combat stiff competition to begin the Supermini 1 bridge, though Nathan Abbott was trying his best to hold the number two at bay. The two (along with Landen Gordon) would contest in a battle for the ages, where bike-lengths would separate the trio of all-star competitors.

All though Fappani would eventually narrowly miss the lead (taking second), he would seek a level of redemption that was unmatched for the following go-around.

Landen Gordon would do much the same, causing Fappani through every rut on the Mammoth course, brining their overall result for this particular class razor-thin as time began to expire.

The resilience of Fappani would thrive, leading to a race-win of just under one second! The two-one tally would lead to him winning the Supermini 1 overall (on day two), which when coupled with dominant performance where he swept the Supermini 2 class, entailed him as the over “king” of both classes!

There was nothing more that sponsors could ask of the Arizonan, putting him as a betting favorite for similar action in the coming months of summer.